Eastern Black Rail (Laterallus jamaicensis jamaicensis) is a secretive bird species that inhabits coastal and inland marshes throughout the Americas and is most active during the night. This gray-black bird is about 6 inches long with white speckles on a brown back, red eyes, and a black bill. The Eastern Black Rail is partially migratory, generally breeding in the eastern United States, including southeastern Colorado, and wintering in the southern part of its breeding range.

The Eastern Black Rail is currently listed as Threatened by the U.S. Fish and Wildlife Service (USFWS). USFWS also provides measures under section 4(d) of the Endangered Species Act (ESA) that are specific to the conservation needs of this subspecies. While there are no monitoring requirements for this subspecies under section 4(d), there are limitations to various activities that could potentially result in incidental take, including prescribed fire, mowing, haying, and permanent conversion of wetland habitats. An incidental take permit may be available through Section 10 of the ESA for projects which could result in incidental take. If incidental take occurs without a permit, the ESA can be enforced through citizen lawsuits or civil and criminal penalties. Additionally, Colorado Parks and Wildlife (CPW) identifies the Eastern Black Rail as a Tier 2 Wetlands Priority Species, which is not afforded statutory protection. However, CPW encourages assessing habitat quality for the species for wetland and riparian conservation projects. 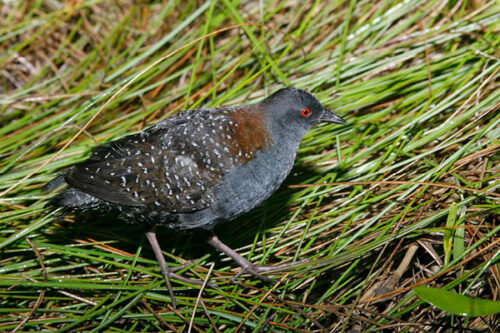 Swift Fox (Vulpes velox) is a small, grayish tan mammal that measures between 27 and 36 inches long, and has a long, black-tipped tail. The species inhabits short- and mixed-grass prairies with sparse vegetation, preferring flat to gently rolling terrain. Swift Foxes are generally nocturnal, although they are also sometimes active during the day, and rarely travel far from their dens. Currently occupying approximately 40% of its historical range, the Swift Fox is found in varying levels of abundance throughout the Great Plains in North America.

The Swift Fox is currently designated as a State Species of Special Concern (SC) by Colorado Parks and Wildlife (CPW). Species with SC designation are not afforded statutory protection and do not require monitoring. However, CPW recommends surveys for active Swift Fox dens in any suitable habitat, prior to ground disturbance. If active dens are present, CPW recommends avoidance of disturbance or destruction of dens between December 15 and August 15, while pups are dependent on the den. Coordination with CPW may be recommended, and activities such as micrositing or pre-construction surveys may be used to avoid impacts to breeding and denning Swift Foxes. 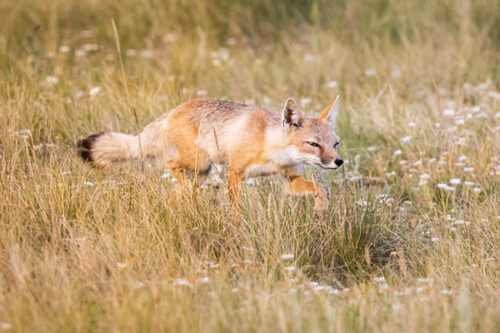